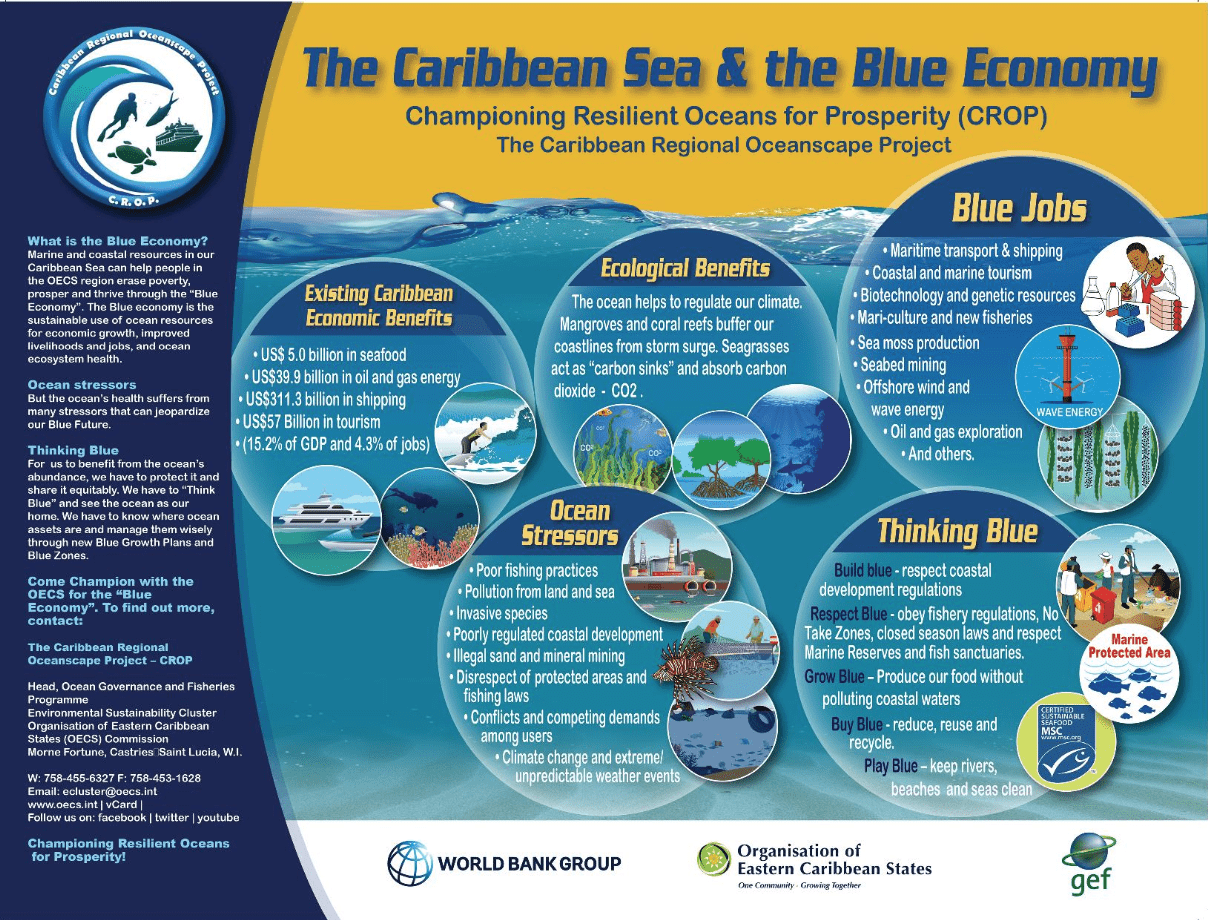 Geography, agricultural science and environmental studies students of the Clarence Fitzroy Bryant College (CFBC) were afforded a unique opportunity to engage in a blue economy discussion with the members of the Caribbean Oceanscape Project (CROP). The blue economy encompasses sustainable use of ocean resources for economic growth, improved livelihoods
and ocean ecosystem health, and is especially relevant to the Caribbean which relies heavily on
maritime activities.

CROP, funded by the World Bank, is a part of the Eastern Caribbean Regional Ocean Policy (ECROP); ECROP’s objective is to develop and implement ocean governance policies. Thus, the purpose of the forum was to gather data and input for the facilitators to incorporate into their coastal and marine spatial plans. CROP members stated that they were planning for the future, and the benefits of futuristic thinking were highlighted by Ms. Tricia Greaux, Marine Management Area and Habitat Monitoring Officer.

She explained that 35 years ago, her job did not even exist but as the need for sustainability increases, the available jobs will also evolve. In engaging with the Facilitator Dr. Cassander Titley-O’Neal, the students listed some of the
anthropogenic impacts that they feared would negatively impact the marine environment including: pollution, sand mining, construction, endocrine disruption and even tourism.

At the close of the forum, speaking on behalf of the CFBC community, student Dolicia Barry expressed her heartfelt thanks to Dr. Cassander, for not only ensuring that the students’ voices are heard but also for the new information she shared as it had changed their perspective of the marine environment and the positive and negative impacts that they have on it. Dr. Moyia Rowtham, CFBC Vice President for Academic and Student Affairs, pointed to the value of such fora, which serve to: “help students see the integration of theory to practice and the relevance of such to their studies and creating a career trajectory.” Ms. Greaux added that the blue economy discussion represented an opportunity “for students to see the possibility of future
career paths and jobs in the blue economy and to extend the input of youth in policy driven
documents.”