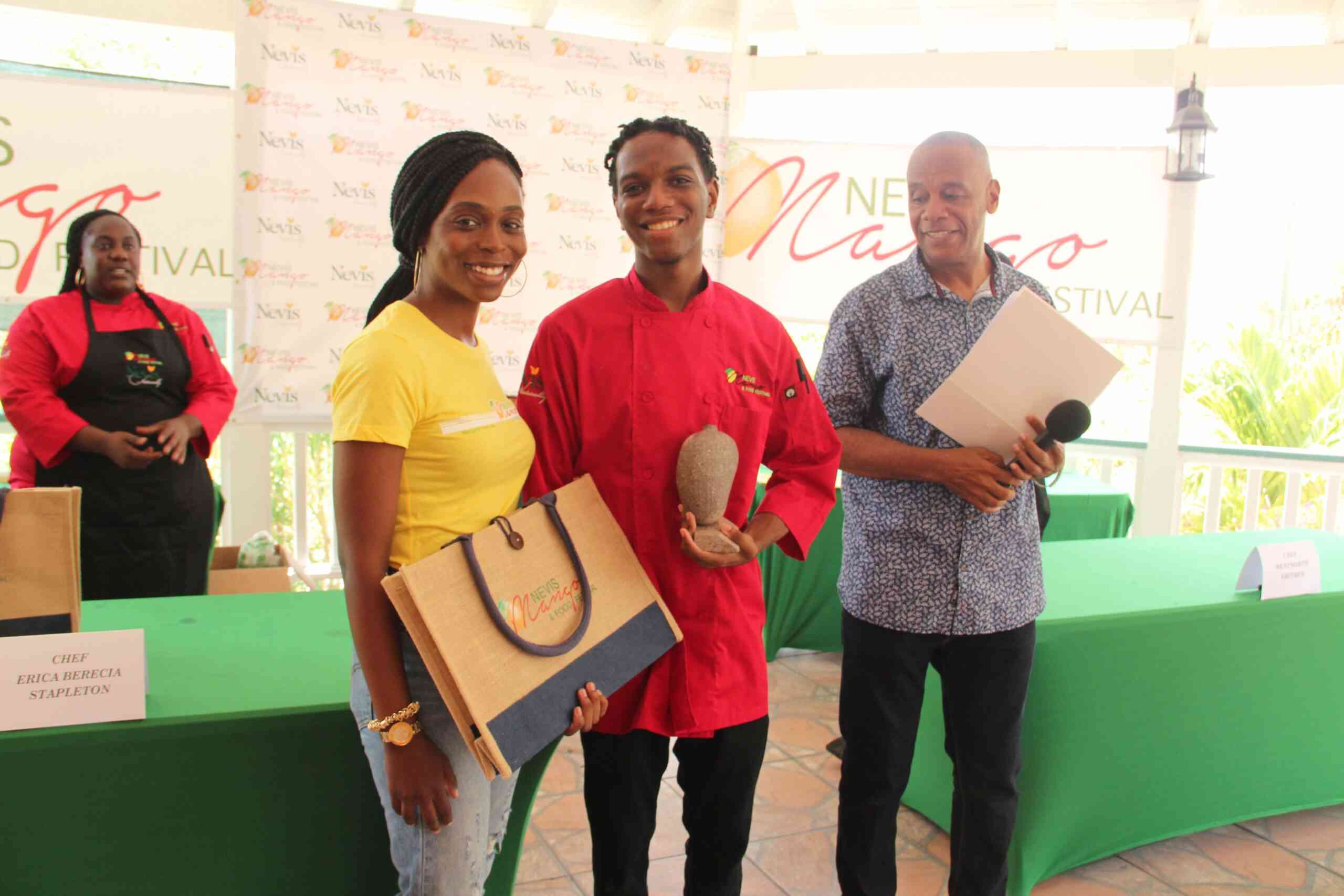 Although Mr. Wentworth Smithen is no stranger to large-scale culinary experiences as he was afforded
the opportunity to travel to Taiwan to study their food, culture and language for three months,
“disbelief” is still what he felt after learning he had won the 2020 Nevis Food and Mango Festival
competition.

Over the past few years, Wentworth has been a part of the Festival and whenever he saw the
participating chefs, he would think to himself how great it would be to have such an opportunity. As
such, when the Nevis Tourism Authority contacted him to discuss his participation, he jumped at the
chance.

Wentworth, a Clarence Fitzroy Bryant College (CFBC) Culinary Arts student, indicated that the most
challenging aspect of the competition, was competing against more experienced chefs from places such
as the Four Seasons Resort. He was concerned that his two years’ experience in the industry was not
comparable to their eight years. He expressed that the education he received from CFBC aided him
tremendously. He was extremely grateful to his lecturer Chef Peter Marshall whom he says, motivated
him and helped him to grow.

His winning dishes were glazed mango pork on top of a mango scone with a spicy mango sauce and
herbal cream cheese in the first round and seared fish with lemongrass and mango sauce on top of a
coconut green banana mash for the second.

Wentworth will graduate from the Clarence Fitzroy Bryant College this year with his Associate Degree in
Culinary Arts and hopes to travel to learn more about foods from various cultures.
The CFBC family congratulates him on winning the competition and commends him on his continued
strides toward excellence.