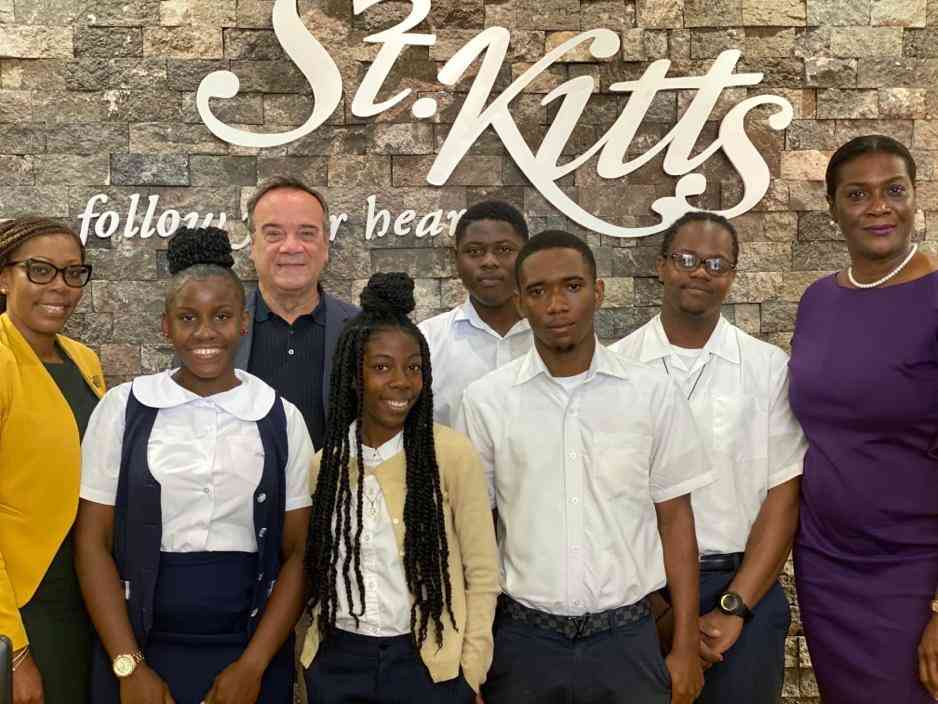 Born in Florence and raised in Tuscany, Chef Pino Luongo’s passion is Culinary Arts, specifically Tuscan cuisine. After moving to New York City in 1980, Chef Pino wanted to use his knowledge of simple Tuscan dishes, learned as a young boy cooking at his mother’s side, to launch his own restaurant. However, this was a challenge as there was a general misconception on the part of the US consumer that Italian cuisine was the same throughout Italy – when in truth every region has its own cuisine. Chef Pino’s journey began when he opened his first restaurant in 1983 focusing solely on rustic Tuscan fare. When it became an immediate hit with the critics and consumers, he viewed his new job as maintaining this initial momentum. At the start of his career, Chef Pino worked long, hard hours seven days per week –literally with no breaks – to ensure the success of each new restaurant in what was his rapidly growing restaurant empire.

By contrast, today he says his focus is on outreach. “At this point of my life, the things that keep me motivated are the charities and causes I am involved in. There is one that I care about a lot in New York City, which is called the Center of Discovery. It’s an amazing place where through farming they are teaching children with autism the life skills they will lead to lead their most productive lives. My company also provides community support through City Meals on Wheels and
other food-related initiatives.”

In recounting how he was able to develop a relationship with the St. Kitts Tourism Authority and the Clarence Fitzroy Bryant College (CFBC), Chef Pino explained, “a very special customer of mine introduced me to Ms. Racquel Brown, CEO of the St. Kitts Tourism Authority, a few years ago. I met with Ms. Brown occasionally to organize business dinners at my east side restaurant, Morso, and we developed a working relationship and subsequently a friendship that eventually led to me meeting the Honorable Minister Lindsay Grant.

Minister Grant spoke to me about the CFBC culinary arts program here in St. Kitts and asked if there was any interest on my part to help it expand through the creation of internships in my New York city restaurants. I felt it was an interesting proposition to provide “real world” exposure for the further development and growth for the most accomplished students and I came to St. Kitts last year looking forward to exploring the possibilities. It was inspiring to meet and work with the CFBC culinary arts students and their motivation and energy convinced me that it was a meaningful cause, so I committed
to have them as interns. I will offer four, six-week internships. Two will be at Morso, my fine dining East side restaurant in Sutton Place and two will be at the more casual Coco Pazzo Kitchen &amp; Trattoria in the heart of Soho. Based on the students’ ability to adapt and learn quickly, I can even envision the chance to rotate them through both establishments.
For the CFBC students who will be interning with him, he emphasized the importance of them being humble and not overestimating what they know.

He encouraged them to “come with great enthusiasm, have the right attitude and always ask the right questions. It’s easy to be confused, especially in a city like New York, and when you are doing something that’s so unfamiliar and out of your ordinary realm of experience. At the end of the day, you have to stick to your instinct, follow your voice and your instinct and they will guide you.” When asked what top skills our students would need to be successful in the culinary world, without hesitating, Chef Pino answered “leadership.” He urged that “positive energy in the job is fundamental, it’s contagious and it makes others want to do great work.”

Chef Pino stated that the CFBC has an important mission to raise the bar of Hospitality and Culinary Arts
in St. Kitts and he would be willing to help however he can to support the College’s mission. 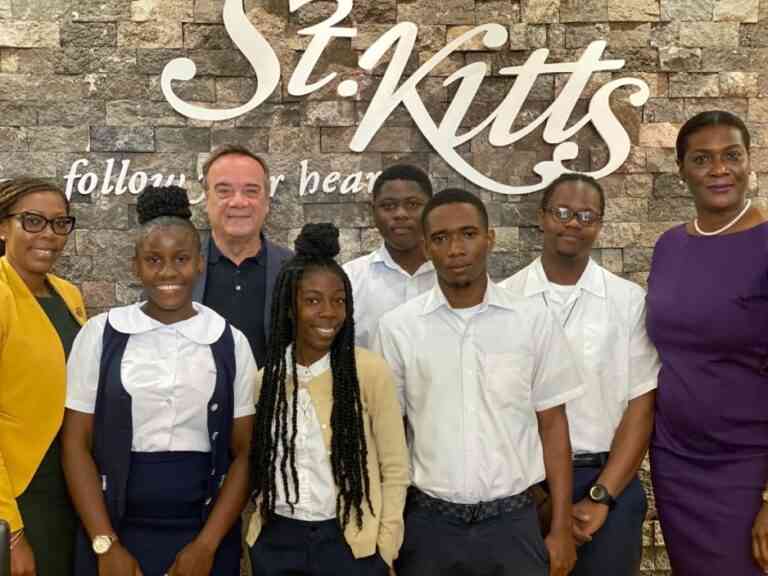 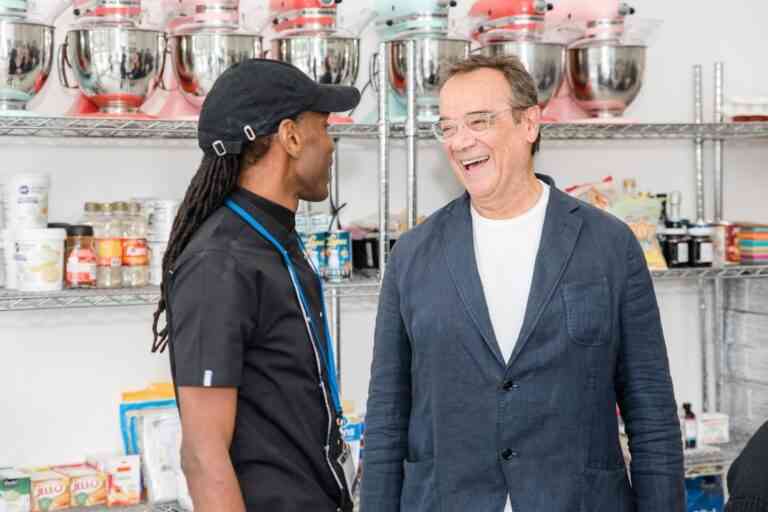 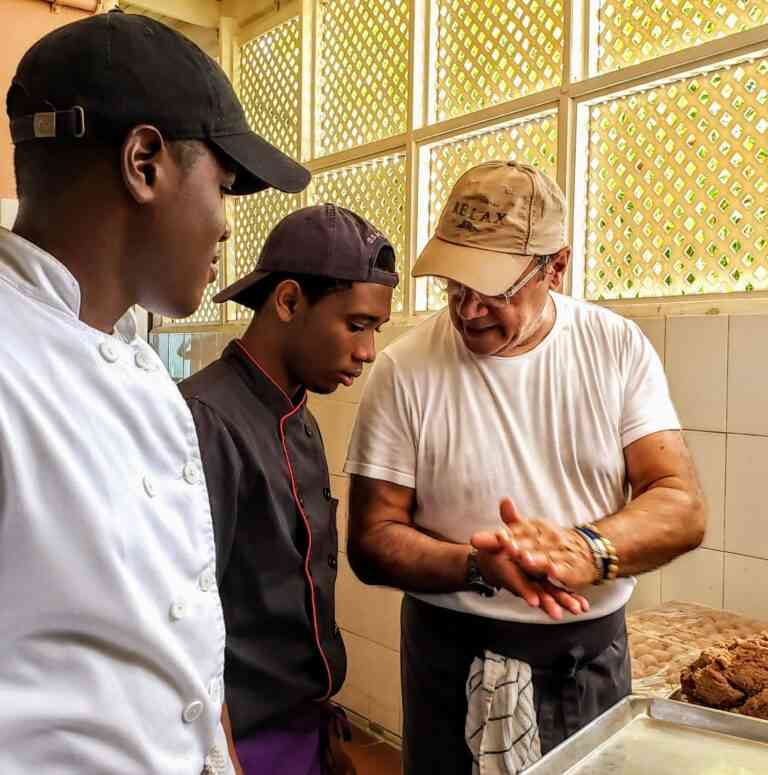 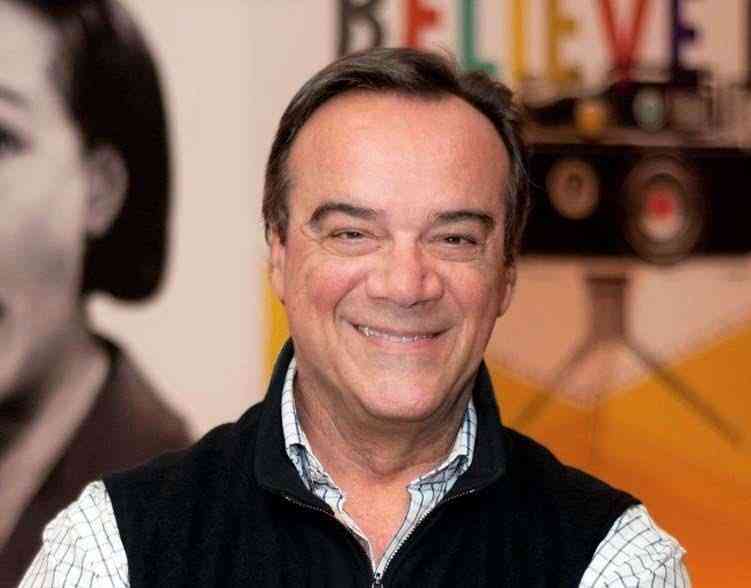 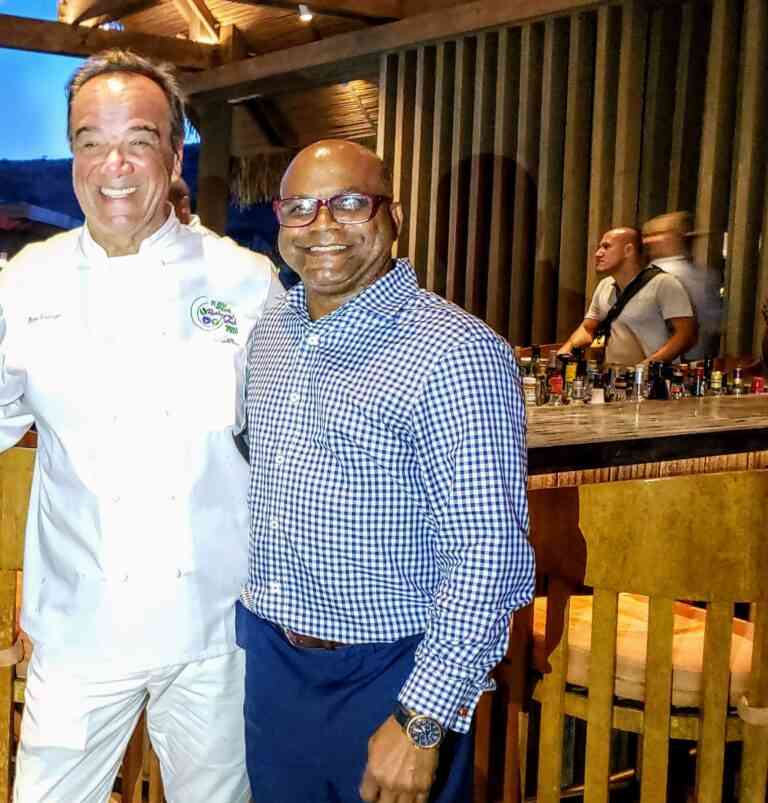